Rotational molding offers a number of benefits, but it’s not the best production process for every part. So how do you decide if it’s a fit for you? Understanding the advantages and disadvantages of the process is the first step towards making a decision with confidence.

Rotational molding, also known as rotomolding, is a thermoplastic molding process best suited for large, one-piece hollow parts and double-walled open containers such as tanks, kayaks, and coolers. It’s most cost-effective for production volumes of less than 3,000 annually, making it ideal for inventors, start-ups, and small businesses.

Rotomolding is often used for parts that require high-quality finishes, uniform wall thicknesses, and high stability. Features such as inserts and spin weld attachments can be incorporated directly into the rotomold and foaming can be used to create thermal insulation and stiffness. Unlike competitive processes such as blow molding and thermoforming, rotomolding produces no pinch-off seams or weld lines, resulting in a finished product without the use of secondary processes.

The rotational molding process is quite simple:

Given the low-pressure, high-heat nature of the process, rotomold tooling is usually made from a soft metal such as aluminum and the majority of the resin used is polyethylene due to its low chemical degradation when exposed to high heat. Inserts, ribs, kiss-offs, undercuts, and foam reinforcements are often incorporated into the part in-mold or by means of secondary processing.

Advantages and Disadvantages of Rotational Molding

The main difference between rotational molding and competitive molding methods such as blow molding and thermoforming is that the resin melts into the mold walls instead of being forced by pressure. This distinction gives way to a number of advantages over other manufacturing processes, but also carries its share of drawbacks.

Rotomolding boasts a number of advantages over comparable molding methods:

As with any plastic molding process, rotomolding has its disadvantages:

Is Rotomolding Right for You? 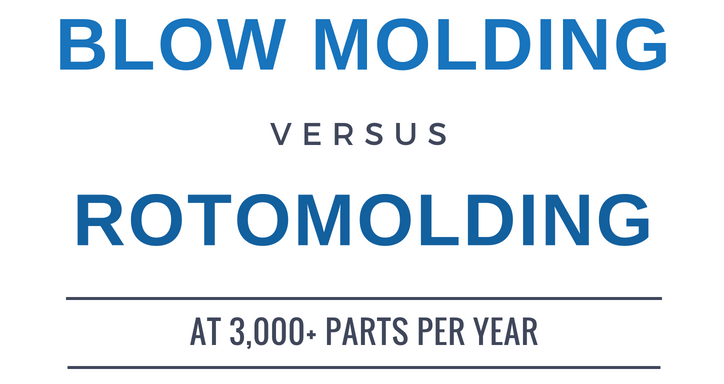 The best way to decide whether or not rotational molding will work for your project is to look at your annual production volume. If you need under 3,000 parts, rotomolding can suite your needs. However, due to its capacity limitations and the cost of refurbishing and rebuilding the tooling, it becomes cost-restrictive once you breach that threshold.

Just recently, a Tier 1 supplier to a major automotive OEM saw a 37% reduction in piece price when they converted their rotomolded DEF tank to blow molding:

Bottom line: if you require an economy of scale, look into blow molding. It offers a number of advantages over rotomolding for high-volume production.

The plastic molding experts at Gemini Group are standing by to answer your questions. To contact us, please call our sales engineering team at 248-435-7271 or email us at plasticsales@geminigroup.net. 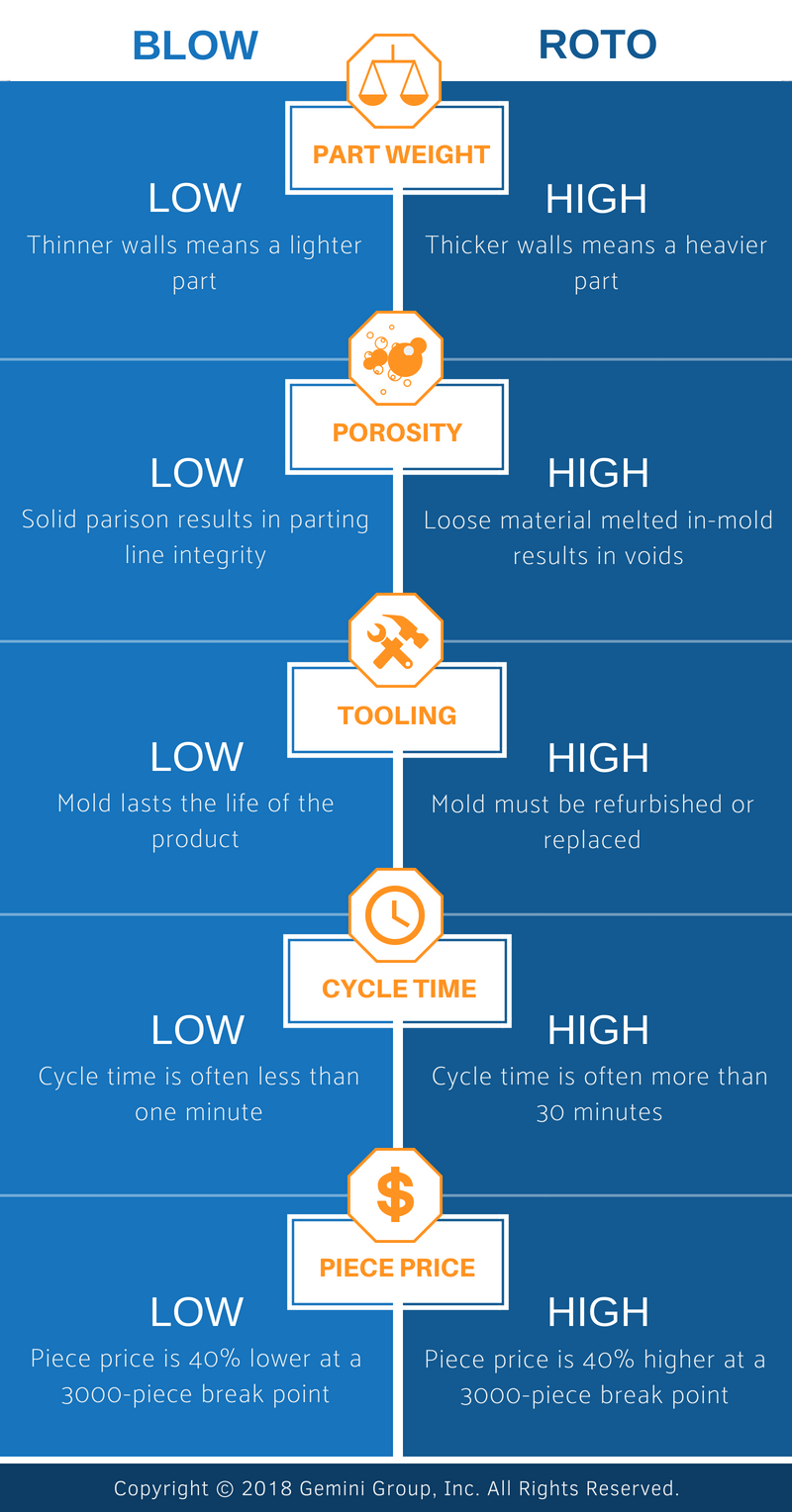 These cookies are not particularly necessary for our website to function. They collect data to help us understand how people are using our website and store your preferences so your future visits to our site run more smoothly. They also allow us to show you personalized marketing messages on our site, websites we advertise on, and through email if you provide consent to receiving such messages.